Warning: Parameter 2 to wp_hide_post_Public::query_posts_join() expected to be a reference, value given in /home/customer/www/standuptalk.com/public_html/wp-includes/class-wp-hook.php on line 308
 Run the Light with Jamie Flam - StandUpTalk 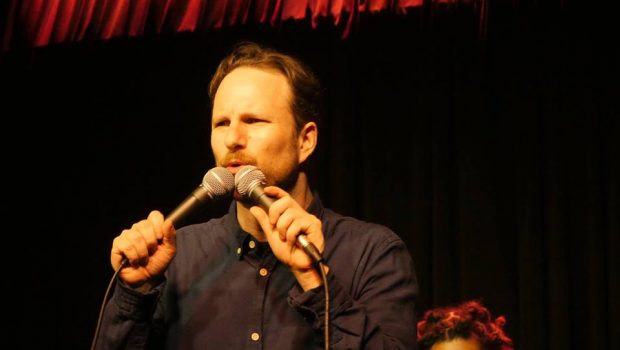 Published on September 9th, 2016 | by StandUpTalk

In today’s addition of Run the Light we interview the host of the Gatekeeper podcast & Artistic Director at the Hollywood Improv Jamie Flam.

SUT: What was the comedy you watched growing up that made you want to get into comedy?
Jamie: I was obsessed with all types of comedy growing up in the 80’s and 90’s. Like for so many others, Saturday Night Live was extremely influential, along with Dr. Demento, “Weird Al” Yankovic, The Simpsons and Spinal Tap, In Living Color, The Ben Stiller Show, Conan O’Brien, John Hughes, Coen Brothers, Mel Brooks movies ,and so much more I am forgetting at this moment. But I didn’t really even consider comedy as a real career path until after college. In 2001 I moved in with an old friend who had episodes of Mr. Show on VHS and we’d watch it all night, over and over. The sensibility and creativity of the show really spoke to me and I decided “I want to do that.”

SUT: How long did you do stand up comedy before you started working behind the scenes?
Jamie: I produced multimedia variety shows and made comedy videos for 4 years in San Francisco before moving back down to LA to pursue it as a career. I didn’t really do stand-up when I was in The Bay Area, other than doing weird characters at open mics. I pursued stand-up for a couple years down here, but now in retrospect I wouldn’t really call what I was doing stand-up. More like peddling half-baked jokes to small crowds of comics and friends. Or in some cases, totally unbaked jokes.

SUT: What was your first comedy related job and how did it come about?
Jamie: I got back to LA in 2005 and worked a temp job for a few months at The Natural History Museum. It allowed me to look at dinosaur bones and scour Craig’s List all day, and I found a posting for a brand new comedy theater looking for an assistant GM. I got an interview but the owner was concerned with my lack of experience running a venue. I sent an impassioned follow-up email and offered to work for free to prove myself and that ultimately got me the job. I learned that passion and heart goes a long way towards getting what you want. The place was called The Westside Eclectic at the time, and now it’s The Westside Comedy Theater. It’s come a long way since it opened in 2006, and I learned a lot in my time there.

SUT: How has your goals in comedy changed since you first entered the business?
Jamie: When I first started pursuing comedy I was very small minded about my goals. I wanted to be a writer and performer. I wanted people to think I was funny. Now my goals are much bigger. I still love performing and writing, but my goals are more about connecting and less about personal validation. I want to create content and experiences that will move people at a very high level. I want to enchant and inspire.

SUT: You now are the Artistic Director at the Hollywood Improv, you have accomplished a lot in the time you have been there, are there any other changes would you like to do in the near future?
Jamie: My mission at The Improv is to put on the best shows possible while making sure my bosses are happy (translation: $$$). It’s a difficult line to tow but I am proud of how the club has adapted to the changing comedy landscape the past few years. I was blessed to come to the club at the time of a lot of change, so I’ve been able to experiment somewhat, which bookers before me didn’t have as much freedom with. The biggest change I’d like to see is more of a focus on developing talent. In recent years it’s been difficult to do that because we have so few spots to book, but with our Lab space back there is finally more stage time to get newer comics up and give them more stage time to work on their craft. It’s still not as much as I’d like, but it’s exciting to see the program evolve.

SUT: You also produce your own live show Van Jam, how would you say it differs from your typical comedy show?
Jamie: VanJam is just plain weird. It’s hosted by myself and my writing partner Vanessa Ragland, and we’re usually playing our Spanglers characters. The Spanglers are a fictional married couple and they are insane people. And we are too. So things can be experimental and improvisational, and get off the rails quickly, which we’ve learned is not for everyone. But the people that like it really really like it. It’s the most fun way for us to blow off steam, and we usually have a live soul band with us so we get to do songs and invite our favorite performers to join us and get weird. Really, really weird.

SUT: What have you found to be the biggest challenges in running a live show?
Jamie: One of the biggest challenge running a live show in LA is that there is so much talent, so we are constantly juggling a thousand egos, and that’s before we get the drop-ins from the biggest names. For me personally, it’s difficult running a live show that I am also promoting and producing because I also have 150 other shows at the club every month that require and deserve attention. The greatest challenge of all is marketing and promoting. People assume that a big club like The Improv doesn’t have to do that to get hot crowds every night, but with so many entertainment options in such a saturated market, it takes a lot of work to try to fill 4+ shows in 2 rooms every night of the week.

SUT: You have seen so much amazing comedy, what has been the coolest thing you have witnessed at the Improv?
Jamie: There is so much high level talent at the club and so much history, so there have been dozens and dozens of nights I’ve had to pinch myself. The coolest thing would have to be the visits we got from Sir Paul McCartney last year. He came into the club a handful of times when he was in LA prepping for his world tour. I was and still am a massive Beatles fan (I had a Beatles themed Bar Mitzvah and my Beatles cover band “Revolution” took second place at The Beatlefest Battle of the Bands in 1990. #brag), so it was surreal to have him there watching shows. Getting to meet the great Robin Williams who popped in The Lab a couple times was an experience I’lll never forget. We hosted a birthday party for Alex Trebek last year which is up there. And there have been countless other nights watching the best comedy talent in the world perform on our stage.

SUT: What are your goals outside of the Improv?
Jamie: I want to write and produce television shows and make movies and write books and plan world tours and festivals and create magical and inspiring experiences for other people. I want to remind people (including myself) that there is still enchantment to be found in this world. And I want to master roasting my own sunflower seeds and sell them for money.

SUT: You just started the podcast Gatekeeper can you tell us about that?
Jamie: Gatekeeper is a podcast where I have conversations with decision makers and talent in the comedy world. I started it as a way for myself and other bookers to air some of our grievances with some of the approaches talent take to getting booked in a way that could help and inspire artists to do their best work and maximize their chances of getting that work seen by others. There are so many platforms for artists now, but there will always be curators and gatekeepers to get past, so I wanted to shed some light on how these people think.

SUT: Have you learned anything from your guests that will help you personally?
Jamie: Absolutely! I may be a gatekeeper as far as booking stand-ups at The Improv, but I look up to gatekeepers in my other creative pursuits. Every guest I’ve booked is someone that I hope will help me learn and grow as an artist as well.

SUT: You talk a lot about the do’s and don’t for getting booked on your podcast, but for the readers out there, what is your advice for them to get on your radar?
Jamie: Easy peasy: Get famous! I do try to find untapped and unrepped talent, but The Improv is an industry club, so it certainly helps to have an agent or manager working for you. That said, word gets around this town fast. Unique voices do tend to rise to the top, so I encourage comics to always put their best foot forward in every room they perform in. There is a point when talent becomes undeniable, and usually at that point it ends up on my radar anyway by nature of how small the comedy world really is. And I do try to be at our Sunday night Lab Work show as often as possible. It’s part booked, part bucket draw open mic spots, and I stay for at least a couple hours when I am there. Even for the bucket spots, we try to encourage comics to do their best 3 minutes. In the first few months of doing this show I’ve already found some fantastic talent that have been able to get stage time out of it. Not nearly as much as I’d like because as I mentioned before, there’s very little to go around. But I’m glad there’s at least the beginning of a system in place here for talent to be seen and discovered. And most of all, and I say this at the end of my podcast every week: Be cool as fuck. At the end of the day, we all want to work with people we like. I personally like down to earth folks that are unentitled and grateful for their opportunities. So yeah. Be that way and good things will happen!

Make sure to check out Jamie’s Podcast “Gatekeeper“ and check out a show at the Hollywood Improv. 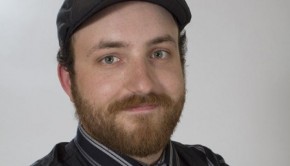 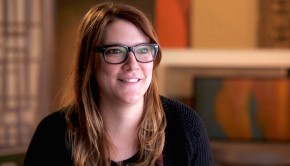