Warning: Parameter 2 to wp_hide_post_Public::query_posts_join() expected to be a reference, value given in /home/customer/www/standuptalk.com/public_html/wp-includes/class-wp-hook.php on line 308
 Should Stand Up Comedians Have A Union? - StandUpTalk 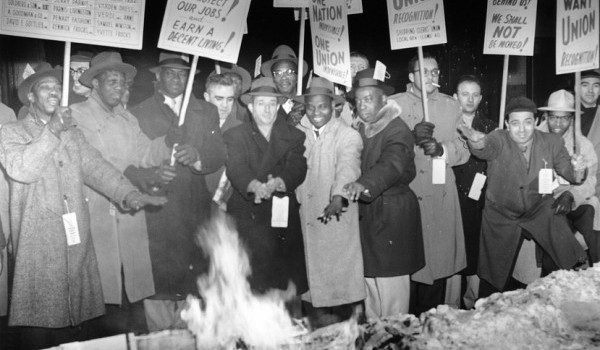 LA and NY has no shortage of stand up comedians; there are a lot of comedians on every level from open micers to celebrity seasoned pros. Due to the vast amount of comedians no comic holds any real power over any comedy clubs. If a comic does not like the way they are treated the comedy club typically does not care. Many comics complain about the lack of respect they are given at clubs. This has been going on for years; for example in 1979 comedians formed a temporary union and demanded to be paid for performing at The Comedy Store.

Currently at the world famous Comedy Store comedians get paid around $15 a night for performing and the top clubs in New York do not pay much better. Obviously comedians cannot afford to live off of this especially since they live in some of the most expensive cities in the world. Comedians will work for next to nothing because they need to stay fresh on stage and with the vast amount of comedians in these cities there are tons of comedians who would jump at the chance to replace them. The comedy clubs do need good comedians to keep their club running so if comedians in these top cities wanted to be able to make money without going on the road the only option they have is to band together and form a union.

While a union might create better treatment and pay for comedians it will also have its drawbacks. It is hard enough as it is to get a paid regular spot at one of the top clubs. There are lots of funny comedians who are not given a chance for whatever reason and a union will make these clubs even more exclusive and harder to perform in. Most comedy clubs do not make as much money as one would think and if stand up was unionized they wouldn’t be able to give as many spots as they do now.

So should comedians unionize? I do not believe so as it will only benefit the top tier comics. Some people may be saying but look at acting and writing! There is a lot more money in acting and writing which is one more reason why it is very expensive and very difficult to become an actor. Then again there will still be non-union comedy such as alt rooms…. what do you think?

This article was inspired from episode 40 of the Comedy Cellar Podcast.