Warning: Parameter 2 to wp_hide_post_Public::query_posts_join() expected to be a reference, value given in /home/customer/www/standuptalk.com/public_html/wp-includes/class-wp-hook.php on line 307
 Comedians Put Marketing Into Their Own Hands - StandUpTalk 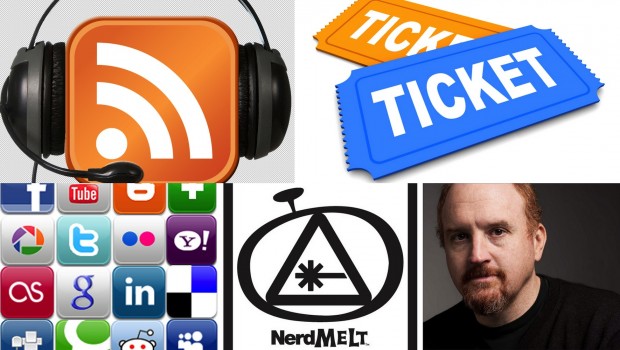 Louis CK:
Louis C.K. has sold every seat in every city for his last standup comedy tour for a $45 flat rate, no service charges. Tickets were only available through his website. In a little over three days, Louis C.K.’s tour sold out.

Nerdmelt:
Rather than use a ticketing service such Ticketmaster, Livenation, Eventbrite, Brownpaper, or another Meltdown installed an opensource ticketing platform onto there website so that they didn’t have to give a percentage of ticket sales to anyone.

Joe Rogan, Marc Maron, Adam Corolla, Greg Fitzsimmons, Patrick Melton and many more have built up such a wide audience that they can now sell out shows and live podcasts, from there podcast audience. Rather than wait to be put on TV or a movie they took matters into their own hands and created their own show to build their own audiences.

Again led by Louis CK many comedians such as Jim Gaffigan, Joe Rogan, Ari Shaffir, Aziz Ansari, Maria Bamford and many more have decided instead of waiting for Comedy Central, Showtime, or HBO to pick them up for a special they will just shoot their own and release it to the fans for a cheaper price via the internet. This same thing is also being done by releasing comedy albums on iTunes.

Like podcasting, artists are building up enough of a fan base using tools like Twitter and Facebook so that they can promote their shows via their online web presence. Dane Cook is known for being one of the first comedians to gain popularity through MySpace and others are trying very hard to emulate that with the latest social media sites.