Warning: Parameter 2 to wp_hide_post_Public::query_posts_join() expected to be a reference, value given in /home/customer/www/standuptalk.com/public_html/wp-includes/class-wp-hook.php on line 308
 Show Review - The Brew HAHA - The Comedy Show Drinking Game - StandUpTalk 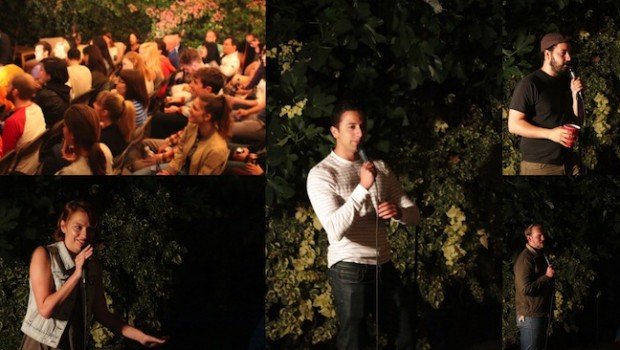 Through word of mouth we have been hearing about this show and this last Saturday we had a chance to check it out.

Atmosphere:
Due to lack of good stage time in LA we have seen several shows that get started at someones house while some can be very fun we have seen a lot of bad house shows. We once went to stand up at a house to find out it was a party and the host wanted to surprise his guests with standup, not only that but he was not prepared; there was no mic, or pa system, no one there knew or wanted to hear our jokes. We have heard of house shows that turned out to be a big comedy fan who was just trying to get comedians to come hang out at his house.

Let it be said this show although at a house was nothing like that, we arrived and almost thought we were at the wrong place, it was in a cute Hispanic neighborhood with the sound of fiestas coming in many directions. We walked into the backyard to see a stage, rows of chairs, a bar, and decorated with awesome lights. It was a very welcoming vibe and we did not feel as we were intruding on someones home but instead we were there to see a unique show.

Show:
Under each chair was two beers as well as an open bar in the back. Before the show starts the comedians are taken into the house while the rules were explained to the 100+ audience members. Each show there are five topics placed, each time a topic is talked about by a comedian the audience has to drink, some of the topics that night included comics trying to figure out the topics, sex, alcohol… After the first comedian the next comedians has to drink for one second each time the previous comedian talked about one of the five topics. This leads to a drunk audience as well as drunk comedians, really made me feel like I was in college again. After the show most people hang out and party while talking about the performers they saw that night.

Overall:
Wow what an a unique awesome show that will definitely never be allowed in a traditional comedy club, you can count on us being at more shows until the neighborhood shuts it down for being too much fun. 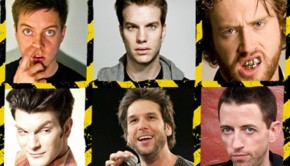 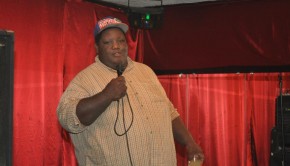